“A Year Which Declared Almost an End to Male Factor Infertility”

Congresses 1995 in Vienna
Hamburg and Montpellier 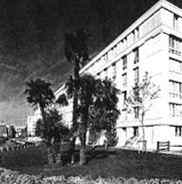 Those on the infertility congress trail in 1995 had a bumper year to enjoy, with three international meetings on the agenda as well as the usual schedule of local fertility meetings. Indeed, the American meeting, now organized under the society’s new name of the American Society of Reproductive Medicine, attracted more than 10,000 delegates from a truly international roster.

The conference year began early enough with the IXth World Congresses on In Vitro Fertilization and Assisted Reproduction held in Vienna during the first week of April. Less than three months later, between 28 June and 1 July, the annual meeting of the European Society of Human Reproduction and Embryology (ESHRE) took place in Hamburg. And between 1 7 and 22 September, the International Federation of Fertility Societies (IFFS) staged its three-yearly World Congress on Fertility and Sterility, this year in the French city of Montpellier.

As has become the norm in the most recent congress years on infertility, the pace of progress was furious. Back in April, the ebullient American Dr. Sherman Silber reported his collaborative work in male factor infertility with the Brussels group of Devroey and Van Steirteghem. To a meagre audience in the main auditorium in Vienna, he proposed that there are very few sterile men who cannot now father their own children. “It’s a fascinating new field,” proclaimed Dr Silber, who reminded his audience that, just a couple of years ago, such men would have had only donor insemination or adoption to turn to. 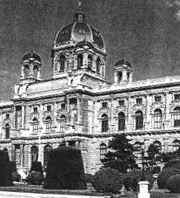 By the time of Montpellier, the number of groups presenting data on testicular sperm extraction (TESE) and ICS or microepididymal sperm aspiration (MESA) and ICSI according to the posters and free communications on offer, was growing exponentially.

Dr Silber’s revealing claim in Vienna was that overall results in severe male factor cases were not affected by the location of any obstruction or even whether the patient’s azoospermia was obstructive or not. Non-obstructive cases were equally amenable to treatment. The variables, he explained, were as in conventional IVF – most importantly the age of the female partner. Thus, the aspiration techniques used in conjunction with ICSI removed the entire male factor variable – at least in the hands of the Brussels group. “It doesn’t matter,” said Dr Silber, “how severe the azoospermia or from where the sperm cells are retrieved. The only issue that can interfere with success is the age of the wife.”