How the ICSI Outcome Is Impacted by Y Chromosome Deletions

Study finds deletions in 13 per cent of azoospermia cases 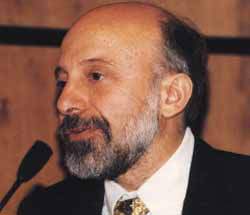 A study of 125 azoospermic men treated by ICSI for infertility has confirmed that a moderate proportion of them (13 per cent) have deletions on the Y chromosome. The study was undertaken by Dr. Sherman Silber  at St. Luke’s Hospital in St. Louis, in collaboration with Dr. David Page and colleagues at Howard Hughes Medical Institute of the Massachusetts Institute of Technology. It was the latter group which first identified deletions on the Y chromosome of some men with sperm abnormalities–and which first raised concerns over inherited infertility in male factor ICSI cases.

The study reported by Dr. Silber at an ASRM session at ESHRE was undertaken in men with maturation arrest or Sertoli cell only conditions, 49 of whom were treated by testicular sperm extraction (TESE) and ICSI. There were an additional 28 cases of oligozoospermic men who underwent ICSI with ejaculated sperm. The aim of the study was to identify the extent of Y chromosome deletions and their impact.

Sixteen of the 125 azoospermic and two of the 28 oligozoospermic cases were found to have deletions of the DAZ (deleted in azoospermia) gene cluster. Similarly, eight of the 49 patients treated by TESE were found by Y DNA testing to be DAZ deleted.

The embryo implantation rate was not significantly different for azoospermic (22 per cent), oligozoospermic (16 per cent), Y deleted (14 per cent) and Y intact (18 per cent) cases.

As a result of the study, Dr. Silber told an overcrowded meeting room that Y deletion appears to have no negative impact on the clinical results of ICSI. Similarly, DAZ deletions do not appear to preclude finding adequate sperm cells for TESE and ICSI.

However, Dr. Silber was quick to concede that DAZ expression on the Y chromosome is nothing like the whole story of genetic factors in male germ cell development. And indeed, when asked if such results were an indication for the genetic screening and counseling of all men thought suitable for ICSI, Dr. Silber answered ‘no’. The reason? That, if no more than 13 per cent of genetic factors can right now be identified and explained, a further 87 per cent of genetic influence remains unidentified, unexplained and untreatable. “So whatever the defect is,” said Dr. Silber, “it remains most likely that the ICSI patient will pass that defect on to the offspring. So far, we simply haven’t been able to identify the main causative gene.

A study presented in the same session by Dr. Simoni from the University of Munster found only seven cases of DAZ deletions in 130 azoospermic men (from a series of 316 infertile men). These were mostly in the region on the Y chromosome identified as AZFc (azoospermia factor c region).

No deletions were identified in men with sperm concentrations over lXl0^6/ml.