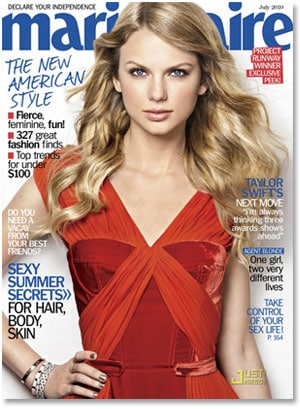 What if you are ready for baby-making but freaked by the thought of infertility? We got the scoop on the newest reproductive technologies out there from the doctor who performed the first-ever successful ovary transplant. So whether or not you’ve got babies on the brain, we’ve got your back.

St. Louis-based fertility specialist Dr. Sherman Silber performed the first-ever successful ovary transplant – and has played stork to thousands of baby-craving women since then, using IVF and other techniques. We asked him about the newest ways to prolong our childbearing years.

Freezing eggs feels like a cliché. Is it really the single 30-something’s best bet?

For the past 25 years, egg freezing technology was terrible. It formed ice crystals that killed the eggs’ cells. Out of 1,000 IVF cycles, maybe one turned into a baby.

New freezing technology – called “vitrification” [see technical video] – came out of Japan in 2004. It freezes the eggs without forming crystals. My clinic, at St. Luke’s Hospital in St. Louis, was the first to use vitrification in the U.S., and only four centers outside Japan offered it by 2008. Now it’s picking up, and it has a 45 to 50 percent success rate per IVF cycle.

Any single woman who wants kids, or married woman who wants them but isn’t ready quite yet, should 100 percent consider freezing her eggs or having an ovary biopsy. Think of it like buying insurance. I believe that the do-it-now age is 30.

It may sound crazy, but it beats IVF in many ways. Your eggs are stored in the millimeter-wide outer lining of your ovary. With a biopsy, we peel off that outer shell and freeze it. When you’re ready to conceive, we put the layer of tissue back on, just like a skin graft. It’s microsurgery, using tiny sutures invisible to the naked eye, and it gets you your young ovary back.

Ovary biopsies are actually cheaper, more effective, and more comfortable than IVF, although both procedures require general anesthesia. The ovary biopsy and later reimplantation costs less than $8,000, but it’s an outpatient surgical procedure, and you’re freezing 100,000 eggs at once. With IVF, three cycles cost up to $50,000; it can cause hormonal swings or ovarian hyperstimulation syndrome, which can be very uncomfortable; and you’re only freezing 10 to 15 eggs each time. (Insurance may cover part or all of the cost of either treatment, depending on where you live and your condition.)

My practice has about 60 frozen ovary tissues right now. Many of those are from female cancer patients whose cancer treatment will make them infertile, so they need to think ahead. But there are plenty of healthy women entrepreneurs, businesswomen, lawyers, and doctors who come in around age 35, having just broke up with the guy they thought they’d be with forever. They’re sophisticated planners realizing they’re at a critical age. Aside from the University of Amsterdam, my clinic is the only place in the world doing ovary biopsies for non-cancer patients. However, in the next two years, I think we’ll see a massive increase in the availability and popularity of the procedure.

–According to a January study from researchers at the University of St. Andrews and EWdinburgh University in Scotland

“I believe the do-it-now age for freezing eggs or having an ovary biopsy is 30.”

–Dr. Sherman Silber of The Infertility Center of St. Louis

Women get the brunt of the infertility procedures, huh?

If your man has low sperm count and wants to do IVF, listen to this: In new research, we’re taking testicle biopsies from cancer patients, culturing the stem cells, and putting them back in the testicle. Voilà, – a man’s sperm count is back to normal. Right now the treatment is just experimental. But it could be available within the next five years.