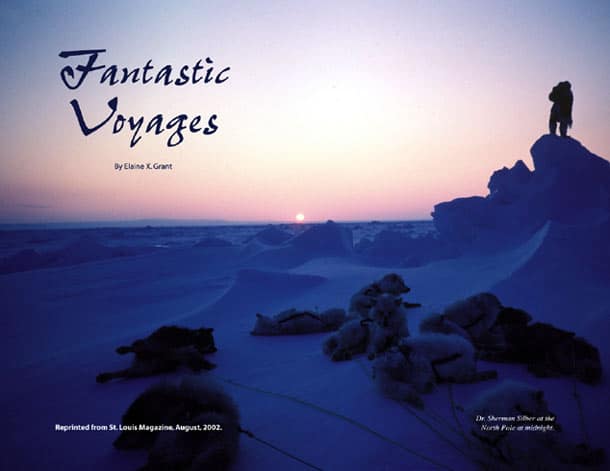 Some explorers are born, some are made. Dr. Sherman Silber falls into the latter category.

He was a self-described “big-city bookworm” at 25 when he went to do work in the public health service in Alaska. That job was the start of a lifelong fascination with aboriginal people and with what happens when modern and primitive cultures meet. He has spent time with the Masai in East Africa and the aboriginal people throughout Central Australia, and has traveled up and down the Amazon River with various native groups that live along the river, fishing and observing the animals.

He has also handily tied together work and play. A reproductive specialist, he has studied the reproductive patterns of several animals on his travels. He also has a theory about the extinction of the dinosaurs that is based on reproductive science, which he developed during a six-week trip to Mongolia in 1977.

Tell me a little bit about your theory on the extinction of the dinosaurs.

All animals have different mechanisms for determining whether the young are going to be male or female. It’s crucial to have an equality between males and females. Dinosaurs are vestiges of reptiles and birds that did not develop a chromosome-based sex determination mechanism [like the Y chromosome]. Gender was based on the temperature and climate that the eggs were incubated in. When there was a climatic change, they became either all male or all female and that was the reason for the extinction of the dinosaurs.

What trip made the biggest impact on you?

I went on a trek around the North Pole with Eskimos. They prepared and sewed for me natural furs and skins made out of caribou. I really was decked out just like they would be. It was about 75 below zero most of the time, and I don’t think I have ever been warmer on a trip.

Still, about 10 minutes out of every hour you had to run beside the dogs to prevent frostbite. We covered about 1,000 miles, we built igloos every night along the way, and hunted for seal to survive on. It was amazing just to understand their experience. 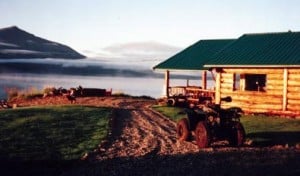 Have you found it hard to juggle your professional life and your exploring?

I have a very busy practice in infertility and reproduction, but I try to plan whenever I can to go out on some kind of expedition. We’ve had a lodge up in Alaska for almost three decades. It’s in the middle of the most remote part of Alaska, 200 miles from the nearest road. I go up once or twice a year. We will actually track and trace the migration of the salmon and grizzly bears to understand their whole reproductive cycle. That fits into my field as infertility doctor and reproductive scientist.

Where will you go next?

I’m going to Alaska in August to really get a lot of detailed photography of the fighting that the salmon do as they move upstream, including the color changes and body changes they go through. I’m not sure if I’m going back to the Amazon or back to Mongolia, which I really want to do.

At what moment in your travels were you happiest?

I’m on a little iceberg looking out at the North Pole and a vast expanse of nothing, 1,200 miles from the nearest village. It’s midnight and I’m looking at the sun. My least modern moment was my most unstressed and peaceful. 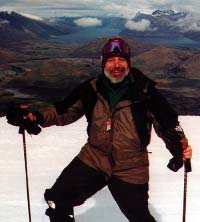 What lesson have you learned during the course of your adventures?

Modern man is willing to sacrifice joy and happiness for convenience and security. Also, all people seem to be equally intelligent, clever and resourceful — it’s a question of what environment and culture they grew up in that determines in what way their cleverness can be expressed.

Do you ever think about the possibility of danger on your trips?

I never worry about that. I make all the preparations I can. You can’t ever be fearful. If you’re fearful, you’re not alive. As Shakespeare said in Julius Caesar, “Cowards die many times before their deaths; the valiant never taste of death but once.” Life is very brief. You can be worried about whether you make it to 30 or 50 or 80. You just have to make those years count.